The below families will be honoured at the Farm Family Awards Gala at Farmfair International 2021 and will be presented with their commemorative gate sign. The award honours both their farming business practices and community involvement. 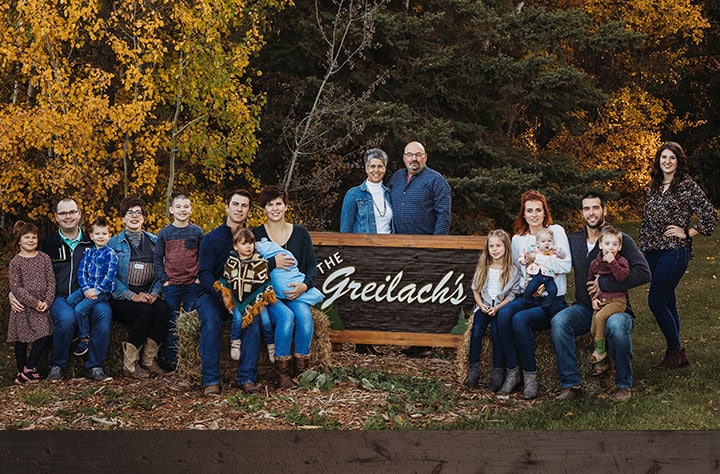 3G Farms Ltd.
Jim and Jina Greilach own and operate 3G Farms Ltd. with their son Steven and daughter-in-law Victoria. Daughter Jillian and son-in-law Parker Schmidt also work on the farm. The Greilach Family first arrived in the Mellowdale area near Barrhead in 1926 when Jim’s grandfather, Fredrich, immigrated from Yugoslavia. Today, the farm consists of 3000 acres in grain, forage, and pasture, as well as 300 beef cows and a 1,000 head feedlot. They started to direct market their beef during the pandemic, helping to diversify the operation. The Greilach Family are very involved in their community including the Mellowdale Church, the Mellowdale Community Hall, 4-H, local Co-op boards and golf and curling clubs. 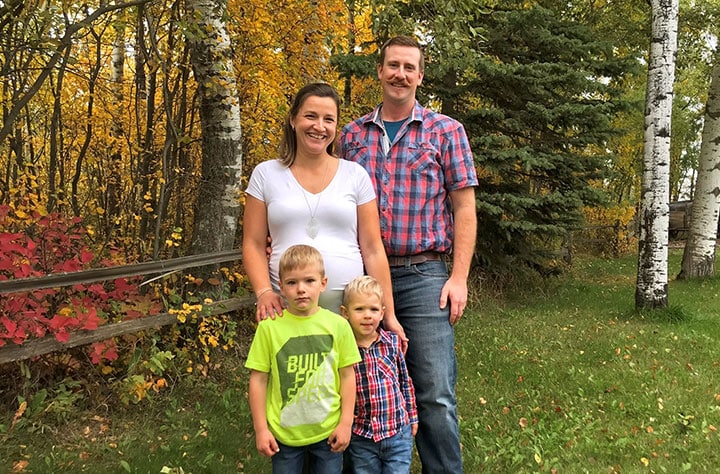 Harper Creek Agro Inc.
Harper Creek Agro Inc. is a grain and poultry operation located near Crooked Creek. Jerome and Liz Isaac raise 9500 chickens and produce grain on 5000 acres with the assistance of Jerome’s parents, Orlan and Judy, and brother, Cam. The family first arrived in the area in 1936, when Jerome’s grandfather homesteaded here. Jerome and Liz are now the third generation of Isaac’s to farm in the area with their boys, age 2 and 4, and twins on the way. Jerome currently sits on the Board of Directors for the Alberta Pulse Growers. Liz serves on the local fire department as a medical first responder. They also operate a feed mill on their operation.

Kuznetsov Farms Ltd.
Kuznetsov Farms Limited is owned and operated by Stepan Kuznetsov, his sons Arseny and Nick and their families. Stepan immigrated to Canada with his young family in 1974 and started farming with just 40 acres and 20 head of cattle. Today their operation, located near the community of Plamondon, spans over 13,000 acres in grain production. They regularly participate in county and Lakeland College Agricultural Research extension events. The Kuznetsov’s are happy to help plowing snow at their church and community centre as well as the driveways of seniors in their community. They also look after the grass cutting and weed control at the community centre and maintain trees in public spaces around Plamondon. 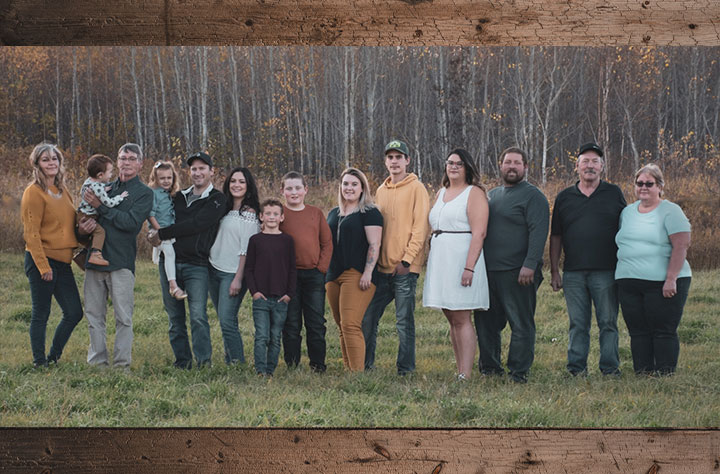 Hidden Creek Farm
Fred and Darice Laughy farm near Smith with the help of their young sons, Ryland and Austin. Their operation, Hidden Creek Farm, consists of 35 head of beef cattle on 300 acres. The farm was originally started by Fred’s grandparents and his grandma still resides on the property today. Fred’s volunteer involvement is extensive. It includes 23 years on the Smith Fire Department, with 14 of those years as Captain. He has also served on the Smith & Hondo Agricultural Society for 8 years, including time as President and Vice President. Fred was also instrumental in establishing a Scouts Troop in the community. Ryland and Austin are both active members of the Smith 4-H Beef Club. 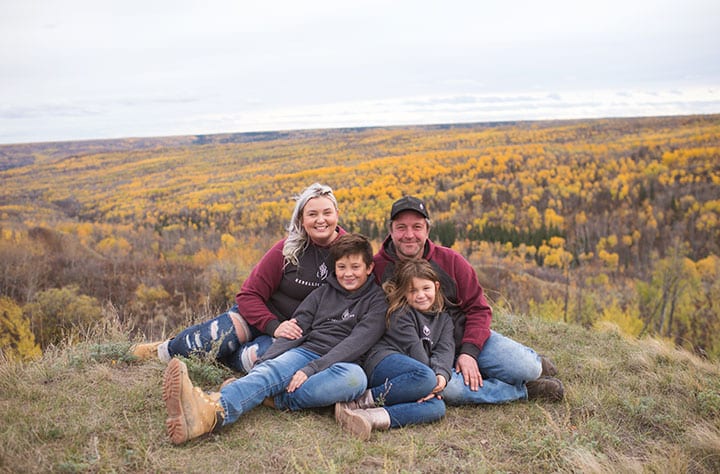 Rebellion Farms
Kelly and Christi Friesen farm near Brownvale with the assistance of their young children Kohlton and Mackenzie. Kelly was raised on a farm but worked as a Journeyman Powerline Technician until 2015, when they started Rebellion Farms. They now have 5000 acres in grain and oilseed production. Christi has obtained her agronomy certification and serves on the Alberta Wheat Commission, MD of Peace Agricultural Service Board, and Grande Prairie Regional College Agricultural Advisory Board. She also volunteers as the poultry leader for the Berwyn 4-H Multi Coveralls. Kohlton and Mackenzie are both avid 4-H members and hockey players with Fairview Minor Hockey. They enjoy hunting, fishing, camping and boating together as a family. 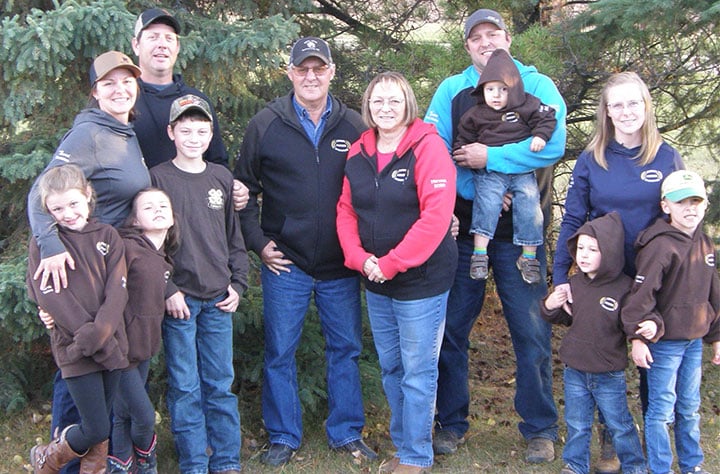 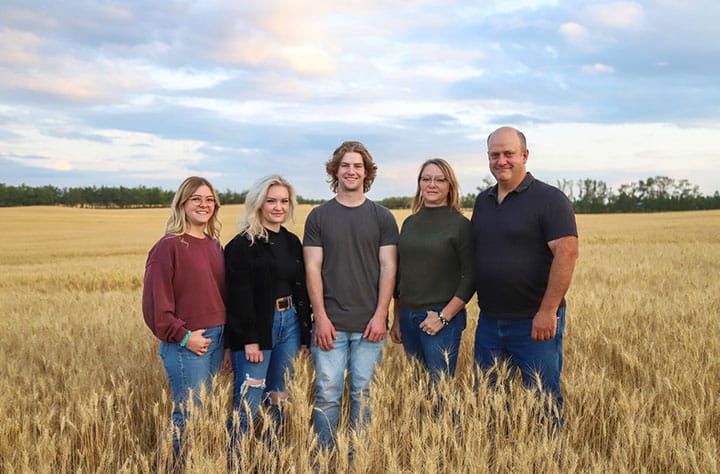 Reed McPherson met his future wife, Ardelle, while they were both studying agriculture at Olds College. After college, Reed travelled the United States as part of a custom combining crew and now runs his own business, Reed’s Custom Farming. Ardelle owns the graphic design company, Twine Design & Graphics. Reed and Ardelle have been operating their own farm since 1993. Together with the help of their children Tateum, Robyn, and Garrett, they grow grain on 2400 acres and raise 80 cow/calf pairs near Ardrossan. They also enjoy raising 18 laying hens for their own personal use. Their volunteer community involvement includes the Fort Saskatchewan 4-H Beef Club, Josephburg Agricultural Society, Christmas in the Heartland and the Josephburg Country Classic. 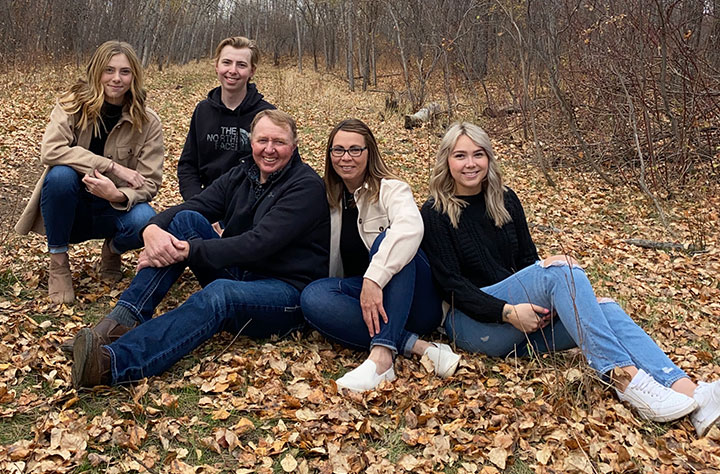 SBOX Holdings
SBOX Holdings is a third-generation family farm, first established in 1909 near Paradise Valley. The farm, owned and operated by Trent and Kimberly Selte with the help of their teenage children Elyssa, Parker, and Aubrie, consists of 1600 acres in crop and 300 cow/calf pairs. Through the Alternative Land Use Services program, the Selte family focus on preserving natural areas, improving wildlife habitat, and encouraging sustainable farming practices. They are very active in their community including serving as a UFA board member, volunteering for the local agricultural society and coaching hockey. While serving as the Chairs of the Fundraising Committee for the Paradise Valley School Construction Project, Trent and Kimberly helped to raise $1.4 million. 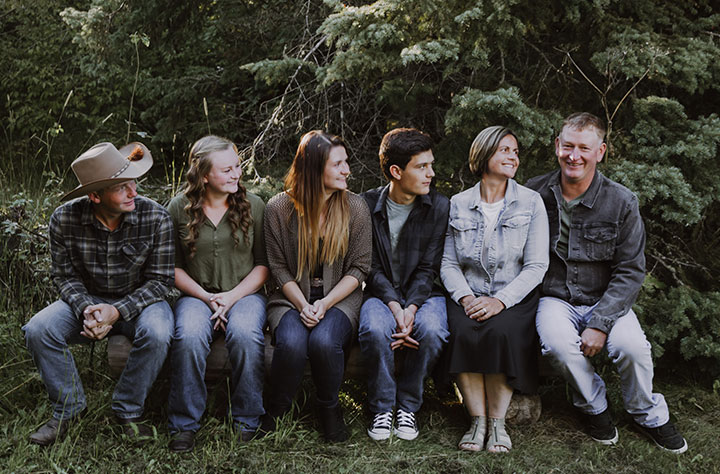 Ace of Hearts Angus
Joe and Colleen Magnuson farm with their son Layne and his partner Brooke near Winfield. Layne and his siblings, Sarah and Tanner, are the fourth generation to farm this land, first homesteaded in 1930. The Magnuson family raise 125 cow/calf pairs, 40 horses, 25 bison, and 40 chickens on 1440 acres of land. They have also added a distillery to their operation, using wheat they grow and then feeding the spent grain to their cattle. The entire family are active volunteers in their community. Over the years, they have offered their time to the Winfield Agricultural Society, Winfield Community Library, Winfield Parent Council, Buck Mountain Central School Parent Council, County of Wetaskiwin Rec Zone Committee, minor hockey and 4-H.